What is Maker Faire?

Maker Faire is a gathering of fascinating, curious people who enjoy learning and who love sharing what they can do. From engineers to artists to scientists to crafters, Maker Faire is a venue for these "makers" to show hobbies, experiments, projects.

We call it the Greatest Show (& Tell) on Earth - a family-friendly showcase of invention, creativity, and resourcefulness.

Glimpse the future and get inspired! 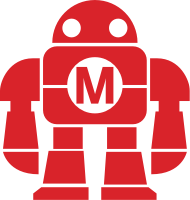 Maker Faire originated in 2006 in the San Francisco Bay Area as a project of the editors of Make: magazine.  It has since grown into a significant worldwide network of both flagship and independently-produced events.  Read more on Maker Faire history, the Maker Movement, as well as how to start a Maker Faire or a School Maker Faire where you live.

Onondaga Community College is a two-year college, originally founded in 1961, with two locations: a 280-acre main campus in Syracuse, New York, and a nearby satellite location in Liverpool, New York. OCC operates under the State University of New York (SUNY) system and is locally sponsored by Onondaga County.